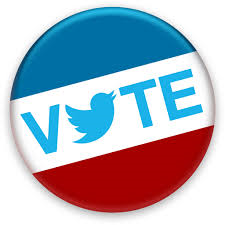 County Exec McCoy is a former Albany firefighter, currently a member of the National Guard. He served in Iraq in 05-06

Chip in to let Daniel P. McCoy know you're with him -- and ready to win

Daniel P. McCoy has a proven record of leadership, courage, and compassion. Will you stand by McCoy by contributing today?

Thank you for your interest in contributing to the Friends of Daniel P. McCoy Committee. To complete your contribution, please provide us with your contact information.  Contributions to political campaigns are not tax deductible. Please include your full name, home address, employer and occupation to help us remain in compliance with New York State Election Laws regarding Campaign Finance Disclosures.

If you would prefer to donate by mail please send checks to:

I confirm that the following statements are true and accurate:

Daniel P. McCoy was sworn into office as the Albany County Executive on January 1, 2012.  He began his Administration with the promise and the belief that he could and that he would make a positive difference in the lives of the residents of Albany County.

A promise, that he could and that he would stabilize county finance; make our county safer and more secure;  make the delivery of critical County services- to our seniors, to our youth, to our veterans,  and to those who are disadvantaged more effective and more efficient.

And a promise that he could and that he would do all of these things without placing any undue burden on the real property tax payers of our County.

When Dan McCoy took office the County’s financial picture was bleak.  The County faced a significant structural deficit; a nursing home that was costing our taxpayers nearly one million dollars a month in unreimbursed expenditures; a workforce that had not seen a cost of living adjustment in years; County programs and services that had been drastically reduced and most disturbing of all, taxes that had been dramatically increased to close significant budget gaps.

But, with your support Albany County Executive Dan McCoy quickly began putting into place innovative efficiencies and reforms throughout all County operations, and as a result, Albany County has turned the corner on finances.

For three years in a row he presented structurally balanced budgets and he did it without depleting any County reserve funds or using any budget gimmicks such as “one shots”.

Most importantly, for the real property taxpayers of the County, Dan McCoy stayed within the State’s tax cap, but for 2015, he presented a budget that provided no real property tax increase and sent out a message to new residents and to businesses alike, that in Albany County good management, not higher taxes, is the order of business.

Dan was born, raised and resides in the capital city of Albany where he has worked as a public servant his entire professional career. He was a firefighter and EMT for the Albany County Airport and the City of Albany and is currently a member of the New York National Guard where he has earned the rank of Sergeant 1st class. Dan was deployed to Iraq in 2005-2006 and most recently aided in the disaster relief following Superstorm Sandy, Hurricane Irene and Tropical Storm Lee.

Dan and his wife Alyssa live in Albany with their three children Egan, Tyghe & Taryn.