Campaign files more than four times the required amount for the Sept. 10 primary 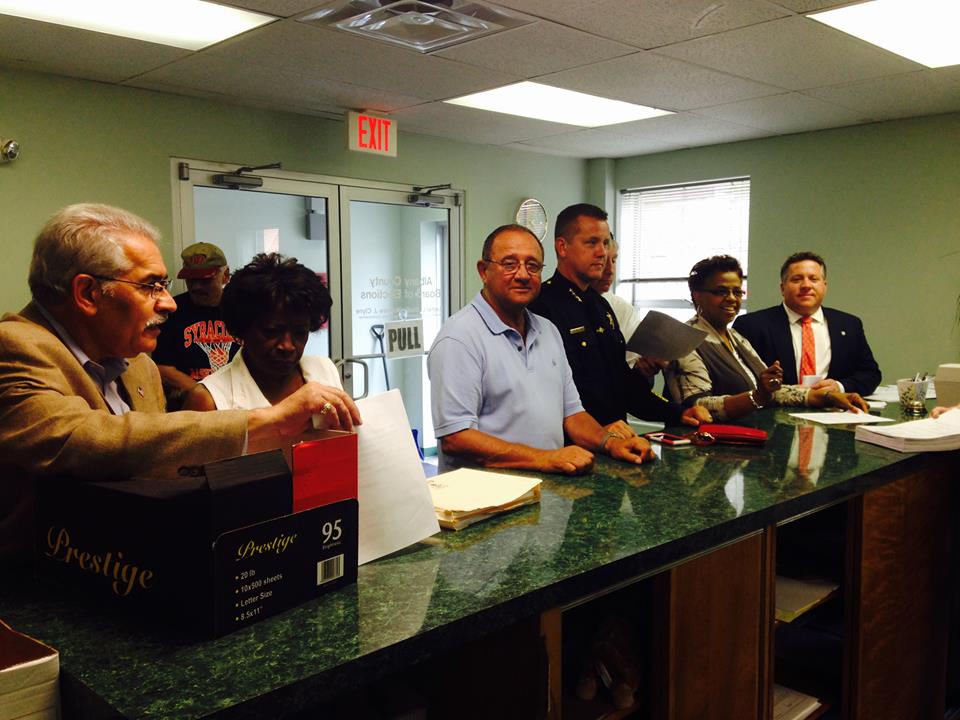 “I am proud and grateful to have such a huge outpouring of support from residents across Albany County. There is still much to do, but Albany County is moving in the right direction. We’ve been able to keep taxes stable while increasing services, created innovative partnerships to increase economic development and have successfully fought to protect our residents from big oil and well-funded interests. I would be honored to continue our shared vision of making Albany County one of the best places to live, work, do business and raise a family,” said McCoy.

McCoy was first elected Albany County Executive in 2011. Within the first three years of his term, McCoy and his administration has spear-headed such initiatives and partnerships as Solider On for our veterans, protecting our seniors in their homes and when they need additional services, passing legislation aimed at keeping our children and our residents safe, and issuing a moratorium on the expansion of processing crude oil at the Port of Albany. At the same time, McCoy was able to pass a budget that was within or below the tax cap, sending a message to residents and businesses alike - Albany is about good management, not higher taxes. From the Hilltowns to cities across the county - McCoy has continually fought for the interests and well-being of all Albany County residents.

McCoy was born, raised and resides in the capital city of Albany, where he has worked as a public servant his entire professional career. He was a firefighter and EMT for the Albany County Airport and the City of Albany. Along with being County Executive, McCoy is also a member of the New York National Guard, where he has earned the rank of Sergeant 1st class.

McCoy and his wife Alyssa live in Albany with their three children, Egan, Tyghe, and Taryn. For more information about McCoy's campaign, visit his website at DanielPMcCoy.com.