County Executive Daniel P. McCoy today honored four Albany County veterans for their service and lasting impact on the community. Three of the veterans served in WWII and one served in Vietnam.

“Each of these veterans served with honor, pride and distinction and they deserve our thanks and recognition today and every day,” said McCoy. “It is our responsibility as a free nation to honor those who fought to preserve our freedoms and our way of life. These veterans risked their lives for their fellow American and for that we are deeply grateful.” 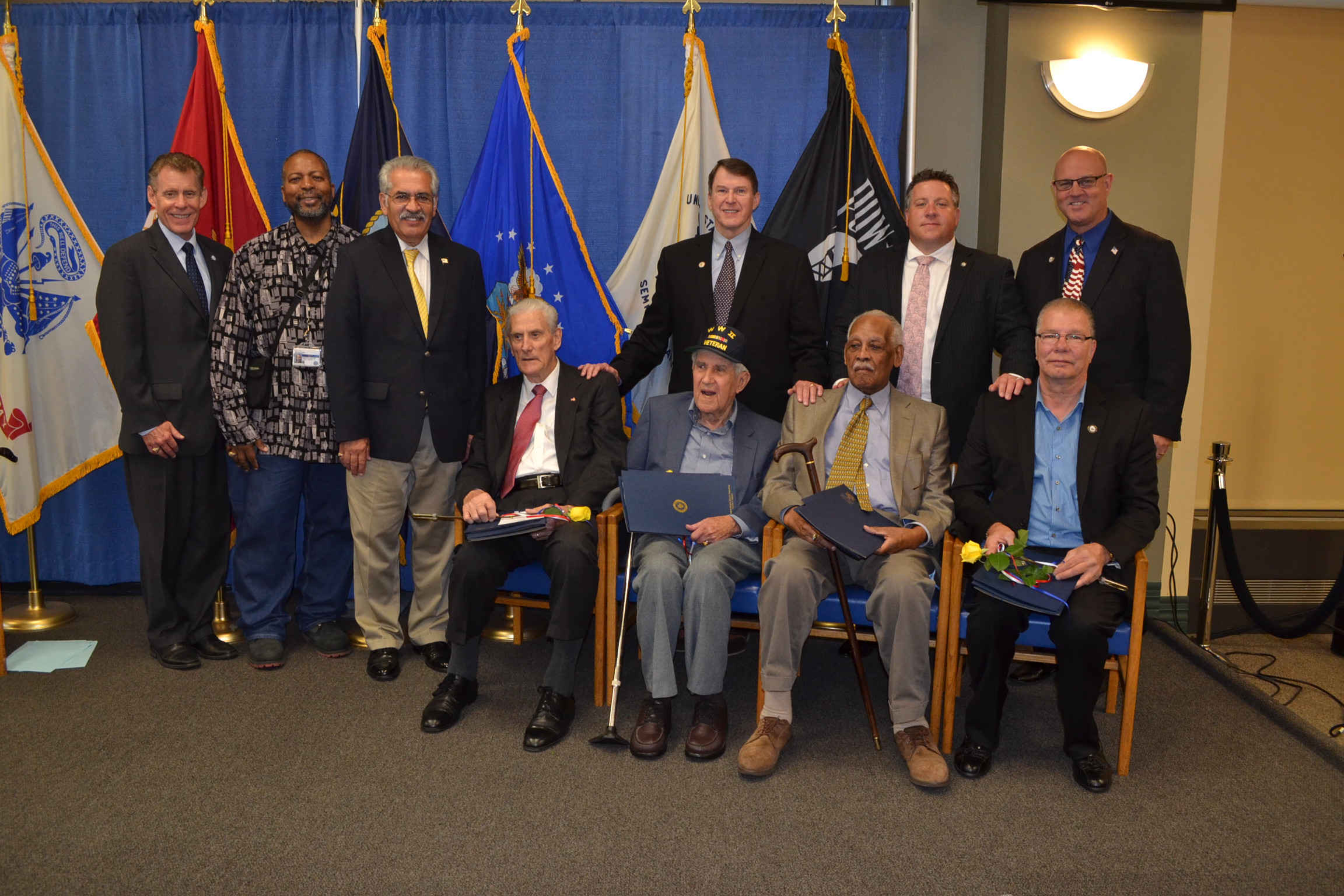